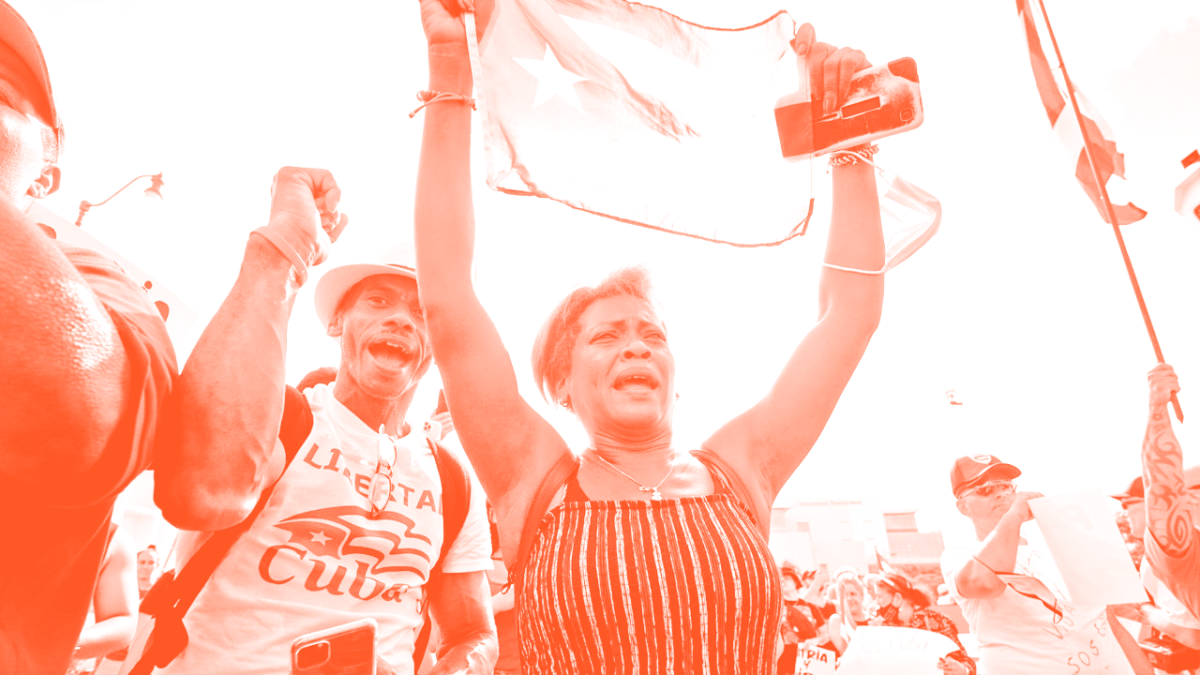 The Cuban government and revolutionaries barred protestors from marching on the streets of Cuba during a national protest calling for the freedom and release of more than 500 political prisoners on Nov. 15.

The increase in Cuban protests follows the mass government protest on July 11, that spanned the entire month, and followed throughout the entire world after Cubans on the island began documenting and sharing the poor health care conditions during a rise in COVID-19 cases.

Footage showed how hospitals left people dead in corners with no adequate measures in place to treat patients, in addition to a food shortage on the island.

Activist group “Archipiélago” was born on social media on Aug. 9, when playwright Yunior García Aguilera founded the group where they organized and sought out permits for the Nov. 15 protests that were denied by the government, according to NBC News.

García and his family, after his plan to protest by walking down the street carrying a white rose was foiled by police, fled Cuba with his family to seek exile in Spain on a tourist visa on Nov. 17, according to CNN.

Protests on Nov. 15 did not stay only on the island, but occurred throughout the week around the world with Cuban diaspora marching down streets waving Cuban flags, echoing chants of “libertad” (freedom) and “patria y vida” (homeland and life).

Some protests outside of Cuba took place in Chicago, Miami, Las Vegas, and Rome.

Under the Universal Declaration of Human Rights and various other international human rights treaties, the civil and political rights outlined include the right to protest, freedom of assembly, difference in opinion and expression, and freedom from arbitrary arrest, exile, or detention.

In both July and November, the Cuban government failed to uphold these rights for Cuban citizens by having the highest number of political prisoners in decades, according to Prisoners Defenders, many of them being minors with sentences varying from 13-27 years.

Cuban students at Elmhurst University are spreading the word on the injustices and protests going on in Cuba to their followers through social media posts.

“I think these protests demonstrate the pain and anguish of the Cuban people, and I think that it is happening now due to the struggles that the pandemic exposed within the country,” said Hernandez. “Just because Cubans have fled Cuba does not mean they do not still feel the pain of seeing their loved ones still on the island suffer everyday because of the lack of human rights and basic resources. ”