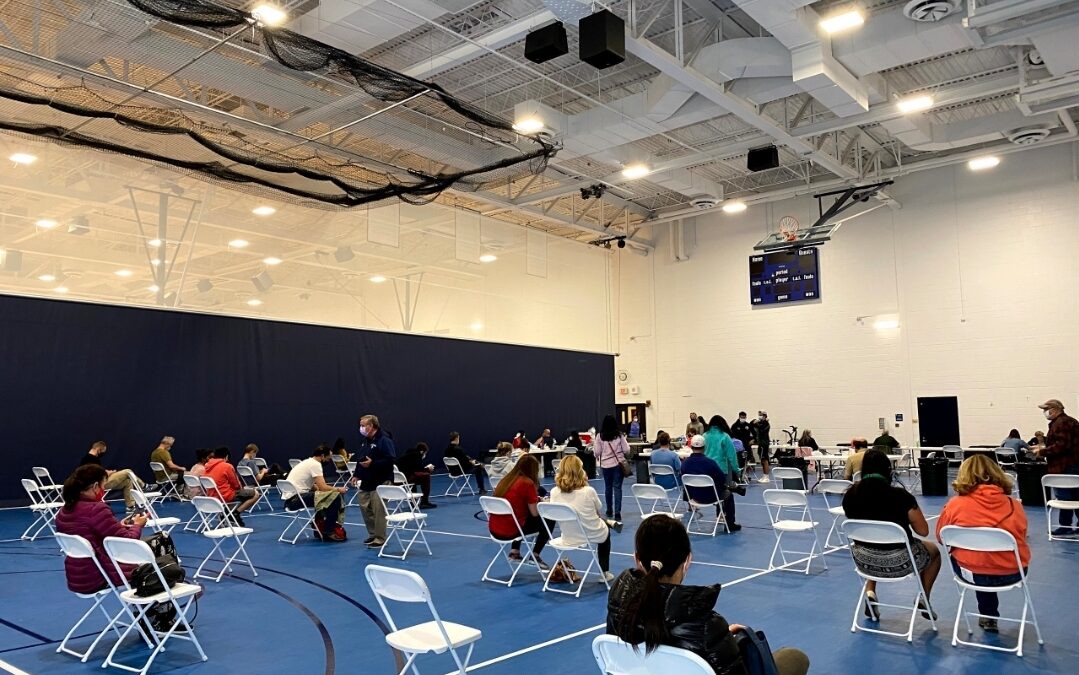 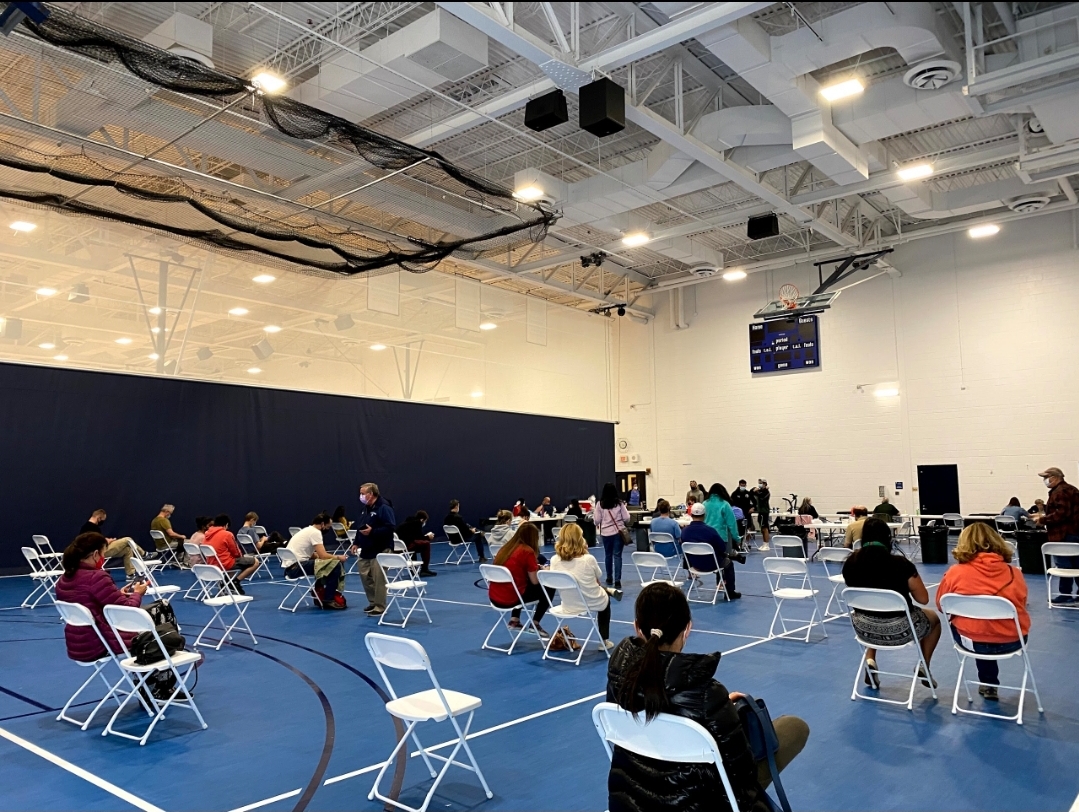 Elmhurst University partnered with Jewel-Osco to use Faganel Hall as a mass vaccination site to distribute 600 first doses of the COVID-19 Pfizer-BioNTech vaccine on April 16.

Elmhurst residents over the age of 16 received an email from the city of Elmhurst on April 14, stating they would be eligible to receive the vaccine, including the EU community.

“We would be happy to be a host site for [the] Elmhurst community as long as our people faculty, staff, and students were able to get the message at the same time,” said Phil Riordan, vice president of student affairs.

While it was advertised that Pfizer-BioNTech would be offered to everyone who signed up, Riordan revealed that the Johnson & Johnson vaccine was originally supposed to be administered at the event.

“When the news broke this week, [about Johnson & Johnson] they switched to Pfizer,” confirmed Riordan.

On April 13, the FDA announced there would be a pause in the administration of the Johnson & Johnson vaccine after reports of six people, women aged 18 to 48 years old, developed a severe and rare blood clot.

After a week of deliberation, the CDC and FDA have deemed it safe to continue the administration of the Johnson & Johnson vaccine on April 23, noting the benefits of the vaccine outweigh the risks.

The manufacturer however is now including updated informational guides for doctors and recipients of the possibility of developing blood clots as a side effect that has affected primarily women under 50.

Jennifer Szutowicz, sophomore nursing major, received her first dose and describes the process of getting an appointment and the vaccine as easy and quick, noting it took her a few minutes to sign up and she was quickly directed to the vaccination table.

Throughout the event, there were student workers and employees from the city of Elmhurst working on checking in those getting vaccinated.

Among them was junior nursing major Gabriella DeLeon. DeLeon stated that the department of student affairs emailed the student employees if they had any availability to work Friday from 10 a.m. to 5 p.m.

“I decided to work the vaccine event since my boss at work asked for volunteers and I thought it would be a good experience to have as a nursing student,” said DeLeon.

The university hopes to continue working closely with Jewel-Osco to continue serving as a pop-up vaccination site in the upcoming months with Riordan noting they are attempting to plan a vaccination date for Elmhurst students only.

“We’re working with Jewel [Osco] to see if we can be a pop-up site just for our students,” Riordan said.