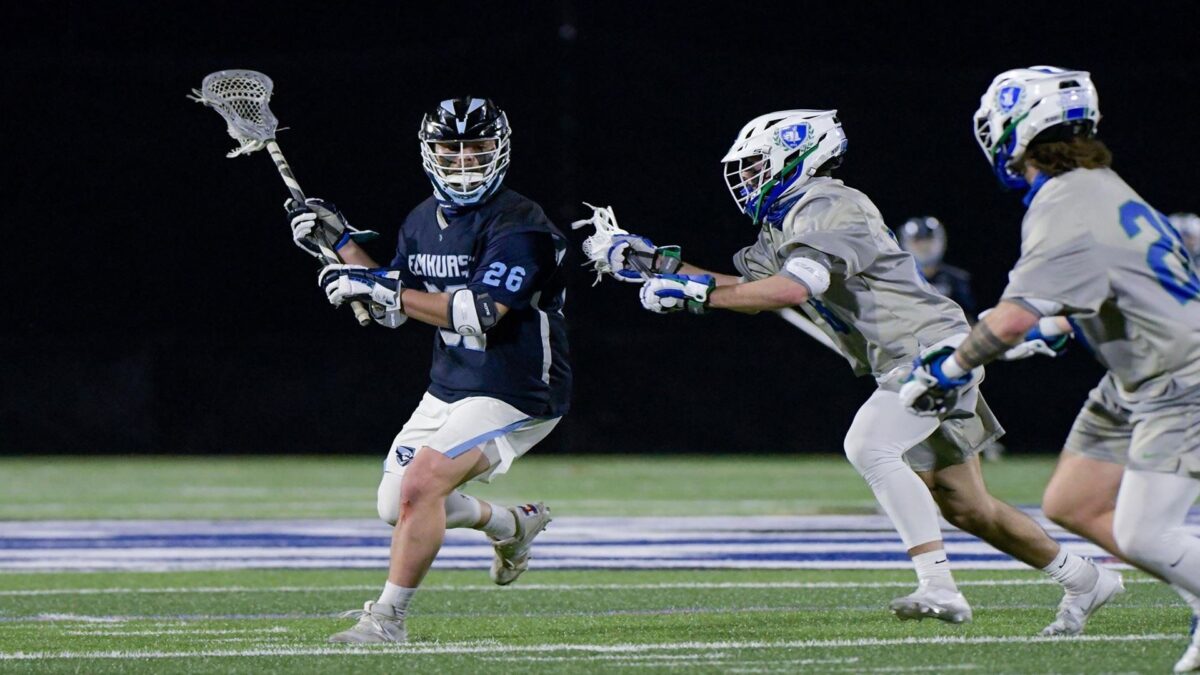 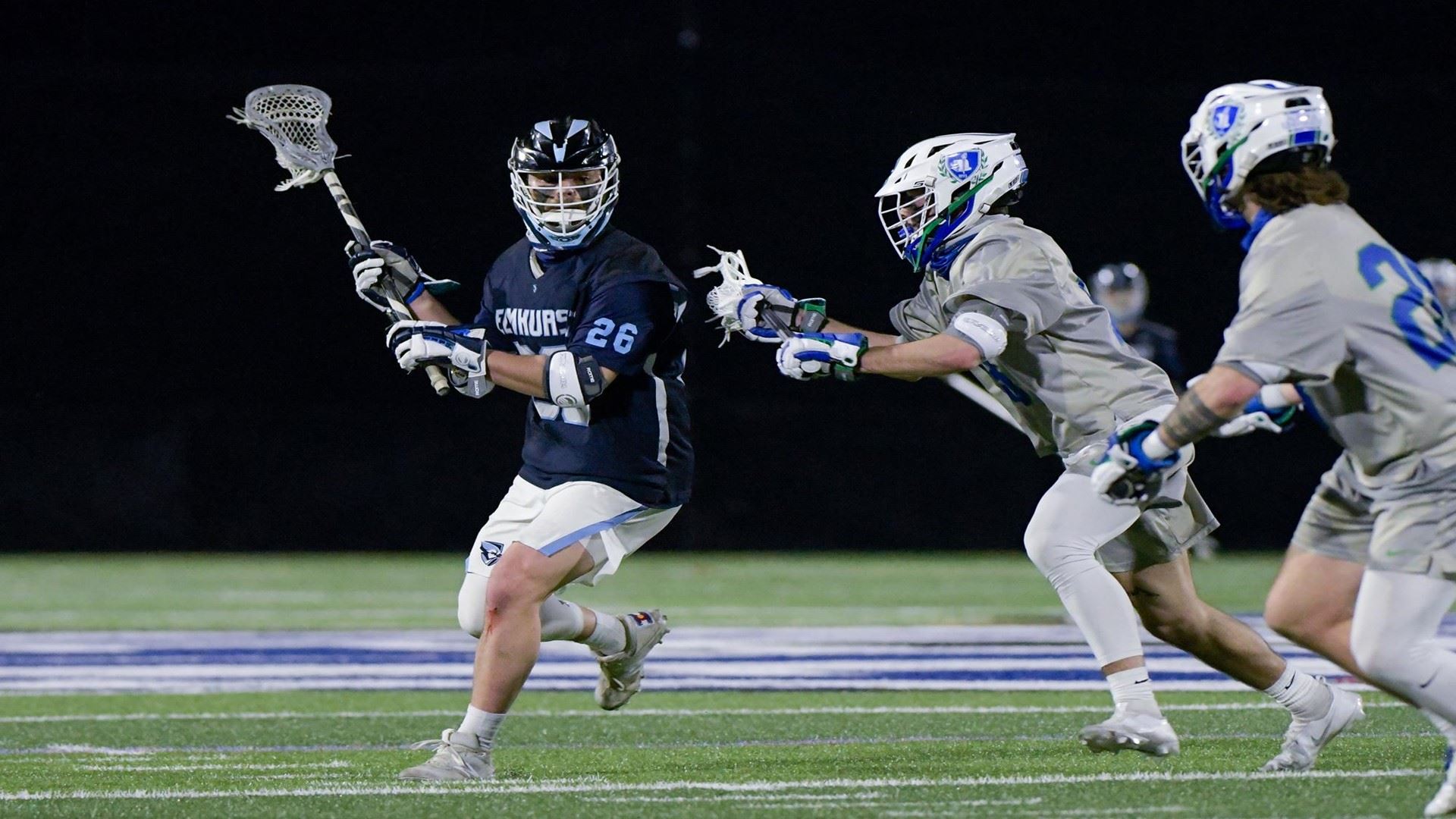 Returning from spring break, the Bluejays Sports Update is here to catch you up on all the Bluejays action. The baseball team is halfway through their season and trying to snap their three-game losing streak. The volleyball team has dominated and been nothing short of exciting. Men’s lacrosse continues to prove why they are for real this season, and the softball team has been struggling at the halfway point. This issue will cover all of these topics and break each of them down.

Hit or Miss: Bluejays inconsistent reaching the midway point of the season.

What started as a promising season has become a rollercoaster of emotion. The Bluejays have struggled to put together a winning-streak of more than two games in a row since they won four straight games back in March. Pitching has been underperforming for most of the season with the top starter Alex Kielion giving up 24 hits in his last two starts. The entire pitching rotation has an ERA of over four 4.00. The offense has been inconsistent. They put up 14 runs in their matchup against Carroll University on April 6, but then scored only 14 runs in their following three games combined. The Bluejays have 17 home runs on the season, six of which have come from first baseman Paul Fomby.

While the pitching has been underwhelming and the offense has been struggling to stay hot, shortstop Trey Romay has made a strong case to be the team’s MVP. Romay has hit .375 this year with four homers and leads the team in hits. Their next games include a double-header against Carroll on Saturday April 24, and a home game on Sunday April 25, and Dominican University on April 27.

The Bluejays ended a five-game losing streak on April 12, defeating Carroll University 4-2 in the second game of their doubleheader. Despite the victory, the Bluejays are still well under .500 half-way through the season and have been very inconsistent. The offense is there averaging eight hits a game and have registered over 170 hits in the first half of the season. Jamie Haas and Alana Batista have combined for over 40 of the hits for Elmhurst and are both leading the team in batting average, batting well over .300.

While the bats have been doing their job, the pitching is not helping with each pitcher currently having an ERA of at least 3.00. Brianna Pisauro has been the anchor of the pitching rotation logging just under 70 innings, with a 10-inning performance under her belt. While Pisauro is an innings eater, she has also walked over 20 batters and given up over 90 hits.

The Bluejays pitching staff still has time to turn their season around with a four-game road trip where they will face Wheaton College in a double header on April 20, at Wheaton. The Bluejays will have an opportunity to even out their surprisingly poor home record with a four-game homestand from April 22, through April 24.

Adding to an already stellar season, the Bluejays excelled in the AVCA tournament winning three of their four matches. Setter Erin Murray had 42 assists in the Bluejays fourth tournament victory against Transylvania University. Kayla Mast continued to shine accumulating 17 kills in the game against Covenant College in their first match victory.

The Bluejays racked up 160 points throughout the four-game tournament with their biggest leads coming in sets three and four of match number one against Augustana College. Their only match loss of the tournament came at the hands of Carthage College, where they were swept in all three sets. The Bluejays are in good hands with a young roster that has plenty of freshmen waiting to step up and the leadership of Mast, Murray, and Valerie Thomas.

The men’s lacrosse team has been one of the quietest success stories on campus this spring. The Bluejays are 8-2 on the season sitting second in the conference standings only behind Illinois Wesleyan University. Ben Luke has continued to add to an all-star caliber season with over 35 goals as a sophomore. Luke potted four goals in the Bluejays win over Augustana College on April 10.

Attacker Marcus Yandall has been a standout player for the Bluejays this season including a hat-trick against Hanover College, who they shut out 19-0.  The overtime loss has seemed to spark a fire under the Bluejays as they have outscored their opponents 35-10 in their last two games and remained perfect at home. The next games include a home game against University of Dubuque on April 21, and a home game against Illinois Wesleyan University on April 24.

The 2021 season has begun and the Bluejays are off to a rocky start. The Bluejays put up a fight against Illinois Wesleyan University in their first game but fell short 5-3. They had everything going for them against Millikin University on April 9, but ended up losing 2-1 despite out-shooting Millikin 19-6. Forward Ethan Kovach leads the Bluejays in scoring with just two goals on the season. Goaltending has been average but is improving with freshman Preston Chartier developing the more he plays. Chartier had a rough first game letting in three goals on nine shots, but looks to have settled in after only giving up two goals on six shots.

The Bluejays have a rematch against Millikin University at home on April 20, which will wrap up the official games. There will also be an exhibition match against Carthage on April 22, at home.